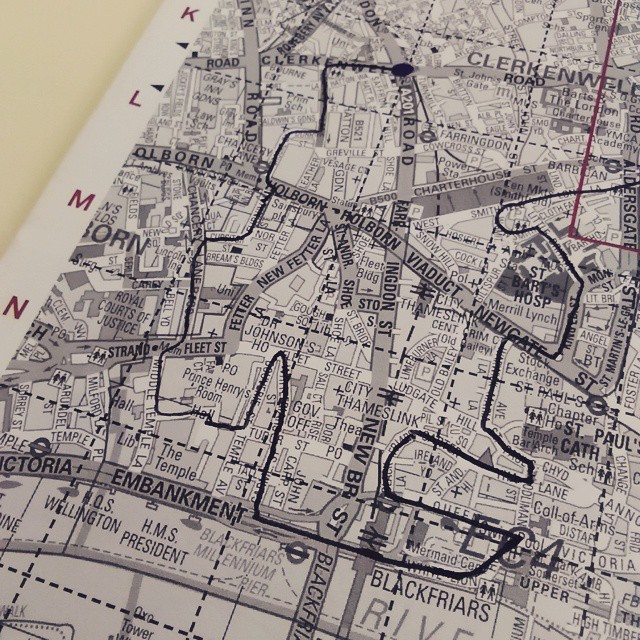 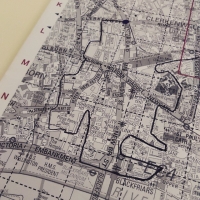 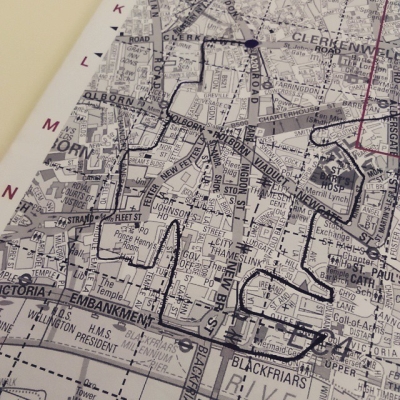 A completed game of Alleyback

A street map that has an overlaid grid, and a pen or pencil.

Start by having the first player draw a large dot at each of two crossroads on the map (typically in opposite corners), and a smaller third dot at a junction somewhere in between. The second player then chooses one of the large dots as their home dot; the other large dot becomes the first player's home dot.

Starting at the smaller third dot and beginning with the first player, players take turns to extend a shared route through the streets of the map, each time continuing from the end of the line the previous player drew. Each extension must end at a junction in a square that's orthogonally adjacent to the previous move, and cannot pass through any other squares.

The route cannot revisit a junction it has already passed through (so can't cross itself). If moving into a square along a street which has no junctions in that square, that move may continue into the next square.

If the route hits either player's home dot, that player wins. If a player is unable to move on their turn, they lose the game.