An architectural metroidvania puzzle trail
Saturday the 6th of April 2019 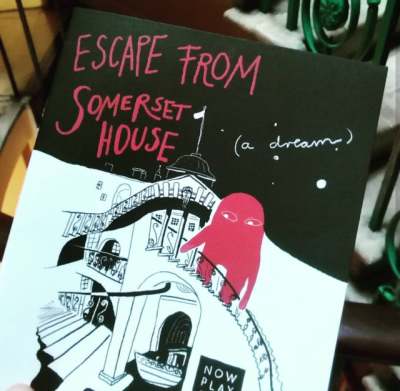 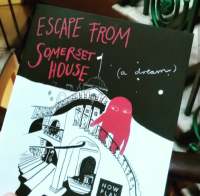 Escape From Somerset House was a puzzle booklet created with Viviane Schwarz, commissioned to run as part of Now Play This in April 2019.

The booklet gave a series of escape-room style puzzles set in different locations around the Somerset House site, each of which was defined using only the existing architecture of the building, with no physical props or signage required. Players were given a list of constraints about how they could move around Somerset House (such as not being able to pull open doors or ascend stairs), and solving some puzzles allowed the players to disregard a type of obstacle, Metroidvania-style, for the remainder of the game.

Narratively the game was a dream that the players were trying to wake up from, and Viviane Schwarz's artwork depicted an otherworldly version of the building, inhabited by guardians who set the puzzles and granted rewards for their solutions.